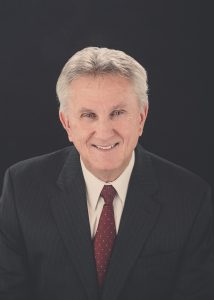 Steve is a 1975 graduate of Drake Law School. He was admitted to practice in Wisconsin in 1976. He was an Assistant District Attorney for Waupaca County, WI from 1977-1978. He then joined the Werner, Beyer & Lindgren law firm in New London, WI where he quickly became a partner and was the primary trial lawyer for the firm. In 1989, he left that firm to start his own law firm, now known as Toney Law Offices. Toney Law Offices has an office in New London and previously has had offices in Clintonville, Appleton and Madison.

Steve has focused his trial skills in civil litigation and personal injury law. Steve is semi-retired, meaning that he still takes clients but not so many that he must work full time. He loves being a trial lawyer, which is why he has not yet fully retired.

Steve is a member of the State Bar of Wisconsin, the Waupaca County Bar Association (past president), and the Wisconsin Association for Justice (formerly known as the Wisconsin Academy of Trial Lawyers), where he formerly served on its Board of Directors.  He is admitted to practice in all State and Federal courts in Wisconsin and the U.S. Court of Appeals for the Seventh Circuit, based in Chicago.

In addition to his trial practice, Steve Toney has represented clients in 15 appeals to the appellate courts in Wisconsin and Illinois. He has appeared before the Wisconsin Supreme Court in oral argument on two occasions. In addition to focusing his 43+ years’ experience in Wisconsin, Steve’s trial practice has extended to representing clients with cases in the States of Florida, Illinois, Indiana, Iowa, Kentucky, Michigan, Minnesota, Maryland and Pennsylvania.

Steve and Pat Toney have two children, five grandchildren and this summer they expect to become great-grandparents for the first time.

Steve is also a Vietnam Veteran.  He served in the U.S. Marine Corps in Vietnam in 1968, before he returned home and went to college.  He is as proud of his military service as he is of being a lawyer.